“Painter-farmer” Paul Buxman, of San Jose, Calif., has spent more than 40 years painting the vineyards, haystacks and fruit trees of the San Joaquin Valley of California. Working mostly in oils, he is known for his use of color and impressionist style. Following in the plein air tradition of the French Impressionists, Buxman works on location to capture the effects of light and air on the landscape. The artist grew up on a farm in Reedley, Calif. He earning a fine arts degree at Wheaton College in Illinois, studying under Carl Steel, he returned to his hometown to teach, first at General Grant Junior High and then at Miramonte Elementary School, where he also served as principal for six years. In 1980, Buxman decided to devote himself to full-time painting and farming at his Sweet Home Ranch. When his son Wyeth developed leukemia, Buxman devoted himself to cleaning up the San Joaquin Valley’s water, soil and air quality. He is the co-founder of California Clean, a group of farmers committed to sustainable, presticide-free agriculture. His work as an environmentalist has been documented by National Geographic; and American, Canadian and Australian Public Broadcasting, Bill Moyers, and California Heartland. As an artist, his work hangs in private collections, large and small, throughout the United States, and also in the chambers of the California State Senate and the U.S Senate in Washington, D.C. His work has been exhibited at the Fresno Art Center, The Hanford Art Center, The Haggin Museum in Stockton, The Bakersfield Art Museum, The Modesto Art Museum, The Great Valley Center in Modesto and the Villa del Sol d’Oro in Sierra Madre, California. 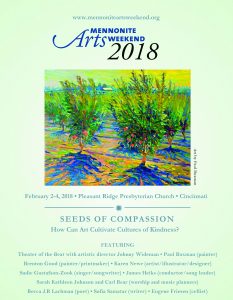